The Business Connect Seminar Back To Kasi

She joined Shanduka in 2004 as the Managing Director of Shanduka Energy. Ms Mahanyele was previously Head of the Project Finance South Africa business unit at the Development Bank of Southern Africa. Prior to that she was Vice President at Fieldstone, an international firm specialising in the financing of infrastructure assets. She joined them in New York in 1997 and later transferred to the South African office.

In her tenure as CEO of Shanduka Group, she held directorships with a number of companies, including inter alia Lonmin Plc, Mondi, McDonalds SA, Coca Cola Shanduka Beverages, Macsteel and Helios Towers (Nigeria).

She has been awarded the Forbes Woman Africa Business Woman of the Year Award and the Platinum Award by Motlekar Holdings BBQ Awards in 2014. In 2013 she was awarded a “Distinguished Achievement” by The Douglass Society, and the Africa Investors recognised Ms Mahanyele as a “Leading Africa Woman in Business of the Year” in 2012, 2011 Rutgers University conferred on her the “Rutgers Vision of Excellence Award”. In 2009 she was awarded the “Most Influential Woman in Government and Business by Financial Services. And Wall Street Journal counted her among one of the “Top 50 women in the world to watch in 2008”. Ms Mahanyele was also selected as a Global Young Leader in 2007 by the World Economic Forum and awarded “Top in Project Finance, 2003” by the Association of Black Securities & Investment Professionals (ABSIP).

She is involved in a number of activities with youth in her personal capacity. She is currently mentoring young professionals and students.  She is involved with the “Dignity Day” programme which is led by Young Global Leaders of the World Economic Forum and is focused on re-enforcing the values of dignity in young people.  She is also a Patron of NEET (National Education Empowerment Trust).

She is currently a non-executive director on the boards of Blue Label Telecoms Limited, Comair Limited and Reunert Limited.

She holds a BA Economics from Rutgers University, USA, and an MBA from De Montfort University in Leicester, UK. Ms Mahanyele completed the Kennedy School of Government Executive Education program ‘Global Leadership and Public Policy for the 21st Century’ at Harvard University in 2008.

Until 2008, he spent 6 years as the CHIEF EXECUTIVE OFFICER of Drake & Scull FM SA (PTY) Ltd, an integrated Facilities Management company owned by the Tsebo Outsourcing Group, where Bonang was also a member of the Executive Committee (Exco).

Until May 2003, he was CHIEF EXECUTIVE: SHARED SERVICES AND ASSOCIATED COMPANIES of Sanlam; a member of the Exco; alternate director of the Sanlam Limited main board; chairman of the board of TASC; a director of Innofin; GensecProperty Services and Fundamo.

Until August 2001, he was the EXECUTIVE VICE PRESIDENT at South African Airways (SAA) responsible for Strategic Alliances, Network Management and Global Sales.

From 1996, he was the MANAGING DIRECTOR of OTIS (PTY) LTD – the world’s biggest and oldest elevator company where he spent five years– and in 1997, winners of the Black Management Forum’s (BMF) “Progressive Company of the Year” award

Awarded “The Momentum Friendship Blazer” as recognition for being the ‘first RSA Nation Building Champion’ in 2015.Winner of both the ‘Country’ (RSA) & ‘SADC Regional'”TITANS– BUILDING THENATION”2014 CEO Magazine Awards.Bonang was conferred with an Honorary Professorship in Marketing Management by the University of Pretoria, where he serves on their Advisory Council. 2012 IPM CEO of the Year.SA Facilities Management Association 2007‘PERSONALITY OF THE YEAR’ and the 1997 Black Management Forum’s (BMF) MANAGER OF THE YEAR. Received the PRESIDENTIAL AWARDfor his “Servanthood in South African Industry & the Economic Empowerment of Previously Disadvantaged Individuals” 2001.

Bonang has been a guest on numerous International TV, radio and magazine programmes. He travels regularly to the rest of Africa, Europe and the Americas.

Judy is the founder and CEO of the Mbekani Group. She’s former Chairman of Aspen Pharmacare Limited a JSE-listed South African pharmaceutical manufacturer with an extensive global presence. Mbekani celebrated 20 years in business in 2016. The group has operations and investments in different sectors. Judy qualified as a medical doctor & practised for many years before consulting in Occupational Health for various companies. After completing her MBA, she joined HSBC Investment Bank, Johannesburg division, in Corporate Finance.

She obtained Doctorate in Business Leadership from UNISA where she investigated the intersection of race, gender and social class in women CEOs’ career progression and strategies for gender transformation at leadership level. One of the academic contributions from her research is the WHEEL Theoretical Model.

She is the recipient of the African Economy Builder Lifetime Achiever Award for 2016 from African Economy Builder Forum; The Global CEO’s 2016 Africa’s Most Influential Women in Business and Government SADC South award for the Business and Professional Services sector at regional and national level, and Fabulous Woman Award 2016. Previous board engagements include Anglo American plc, Discovery Holdings Ltd, and Woolworths Holdings Ltd. She’s a wife, mother & grandmother.

She is a role model and a mentor to young men and women within and around her community. Over and above her public achievements, she is known for her hard work and commitment to what she does and most respected for her selfless and humble heart.Boipelo is an English newscaster on radio and television, a political analyst, motivator, public speaker and a model. She holds a BA Undergraduate Degree in Politics and International Relations and a Postgraduate Honours Degree in Development Studies from the University of Witwatersrand. She currently pursues her Masters Degree in International Relations with her research interest broadly being in the role of International organisations in Development issues on the African continent.

For if you remain silent at this time, relief and deliverance will arise from another place, but you and your father’s family will perish. And who knows but that you have come to your royal position for such a time as this?
Esther 4:14

As a former Miss Alexandra title holder her passion has been in the progress of her community but has since extended her vision. Her mission is to contribute towards the development of South Africa, the African continent and people thereof.

She works with civil and faith based organisations to reach and impact young people. Boipelo can be seen delivering the evening news Monday-Friday 18h00 on SOWETO TV and can be heard occasionally on YFM’S Current Affairs show on Tuesday evenings from 20h00, giving youth a political perspective on relevant topics.

She is a role model and a mentor to young men and women within and around her community. Over and above her public achievements, she is known for her hard work and commitment to what she does and most respected for her selfless and humble heart.

She established and previously hosted a youth talk show called FUTURE LEADERS on ALEX FM’S 89.1 drive time show. Boipelo graced the cover of over 1 million copies distributed countrywide of the September 2015 issue of the CLICKS MAGAZINE, as the new ambassador of the Clicks Cover Girl Competition. 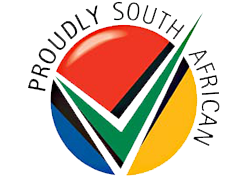 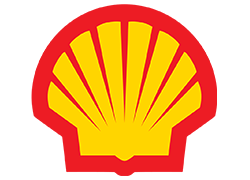 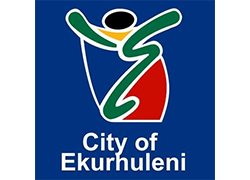